When an entrepreneur decides to set up their own business, it seems almost natural to them.

It is easy for them to imagine the big picture of success, and how their business will dominate the niche or industry. After all, it is just common sense to them.

The truth is though, if business were merely common sense, why should so many start-ups go out of business so soon?

Why does the big-picture thinking entrepreneur suddenly find their image shrinking into the depths of despair and even insolvency?

One reason for this is that the incredible vision which brought the business to the fore fails to focus in on the minor details to keep the vision alive.

It is true that we need entrepreneurial thinking when starting out on a business conceptualisation journey. An example of this was when Henry Ford stated “if I asked them what they want, they would ask for faster horses”. You see, ‘they’ couldn’t imagine a production line car, it simply didn’t exist anywhere except in the big-picture thinking of Henry Ford.

Without Henry Ford, we would still probably be riding around on horses, or horse drawn carriages at the very best. Without the foresight of many others like him, we wouldn’t be using iPhones or even the Internet, or buying tickets for space shuttle flights, and the list goes on and on…

An entrepreneurial vision will take a company to new heights

An entrepreneur will also take these new visions and expand them beyond traditional perceptions, yet the company still needs systems, performance indicators, top-notch staff and even ground floor workers to keep that vision alive.

By definition, an entrepreneur isn’t wired up to drill down to micro detail. It is far too boring, far too constraining and to be frank, about as welcoming as tooth extraction.

That is why a business will fail if an entrepreneur is left to manage it alone. They won’t implement the rigorous systems that are needed, they won’t recruit the right staff and they probably won’t listen to their accountant when making financially critical decisions.

As a business starts to take shape, an entrepreneur must recognise that they need to let go. They need to let their baby grow up and become independent. They need to recruit the best staff that their income permits, understanding that the best will deliver stability, rather than looking for second best and hoping to maintain control.

An example of this might be with The 4-Hour Working Week by Tim Ferriss. In this classic book, Tim thought that his business would collapse if he left it alone. In truth, he discovered that the more he left it alone, the better it actually performed. Tim was clearly an entrepreneur and a big-picture thinker. So, the common sense needs to be left to one side and the big-picture needs to focus in on each facet of the business, but not to understand how to micro manage. No, this is the task for others.

The Changing Demands on the Entrepreneurial Role

The entrepreneurs role should now change into one where they systematically move each element of the business out to either automation, or to key team members to continue it onwards, thereby ensuring the stability of the company and onward growth.

A successful entrepreneur will actually hand out every facet of their business to others until there is nothing left for them to do. This then gives them more time for that big-picture thinking or even to stand aside, realise the value of their creation and exit stage left for a nice early retirement fund.

A business should never be just one person, that is too stifling on growth and results in being another definition of a job.

Instead, it should grow beyond that one person, become entirely independent of that person, and just like that baby we talked of earlier, it should become a fully independent business, or leave home and go live with someone else.

So for any entrepreneurs reading this, just remember that if you want your business to survive, then at some point you will have to leave the dreams aside for a while. You must systemise your success so that it can continue beyond your vision and beyond the 85% of businesses that fail. 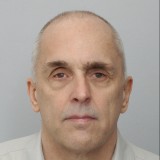 Tony Grant is a highly proficient online marketing professional from Lincoln, UK. With an uncanny ability to keep ahead of the curve on new trends and developments, Tony is one marketing professional that will deliver a difference to your business. Working alongside other industry experts, Tony Grant delivers his no-nonsense approach to ranking on the search engines through his weekly show on YouTube. This show is free to all, and really seeks to demystify SEO, letting common sense through. Please visit the Tony Grant website to learn of other aspects of his inspirational story.